There are tickets and there are seats, and surely prices to go along with them. Various sports handle this question differently. In American Football there is generally one price , 8 home games does not leave a lot of space for supply to outreach demand, even at the highest prices. American Baseball has the exact opposite problem as American Football. With 82 home games, and over 40,000 seats per game, it leaves a lot of space to throw in the bobble-head deal. Then somewhere in-between are even more interesting problems, European Football [19 Home Matches], America Soccer [17 Home Matches], North American Hockey [41 Home Games] 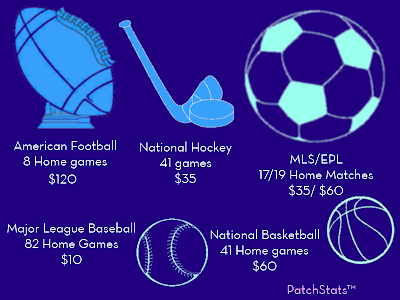 Each Sport has its own approach to setting ticket prices. American Football charges a lot of money, because each game relatively speaking will get the same draw of people. National Hockey fans uses a supply and demand of the opponent to gauge the price of the ticket. The winning percentage of the opponent generally causes the price of the ticket, the assumption is that the game will be quite boring. This also follows suit in baseball, where just until recently a person could buy a ticket for as low as a dollar (thank you bobble head day at Nationals Park). What is truly interesting is the European system of setting ticket prices. Teams charge more for how they believe teams will finish at the end of the year. Below is Liverpool's fee schedule

What is interesting is how wrong those projections were.

Think about the bargain the West Brom game was, or for that manner the Swansea match (who went on to win the Capital One League Cup this past Sunday). The pricing makes sense for those in A, even if Everton was about to be relegated they will always be an A (local rivals).

Manchester United : The Best Show in Town
As shown above, we can see that Manchester United started to run away with the league, but are people coming out to watch them more than other teams? 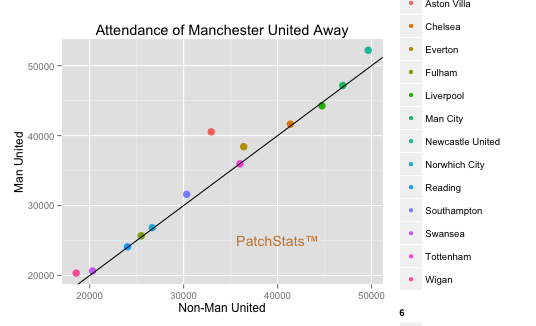 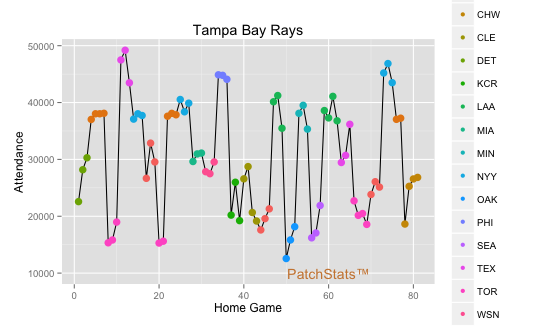 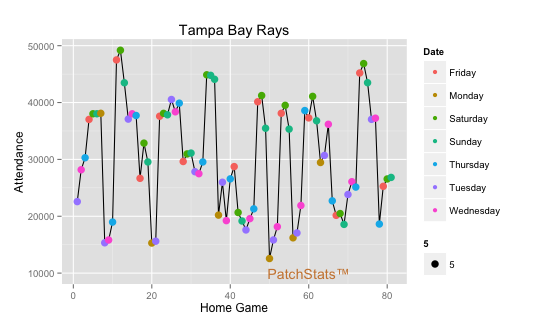 Above is some baseball analysis, a very easy one to do. It takes into consideration the days in which a team plays as well as the opponent. I like to show the Rays, because when the Yankees come into town their attendance suddenly sky-rockets, but when they played the Washington Nationals last year, the attendance was surprisingly low, and both teams made the playoffs! Albeit the Yankees are a well known playoff team, and the Nationals had one heck of a run last year.

I'll close this post with a conversation I had with my father about this very topic. I explained how ticket prices depends on a lot of factors (including the weather). I recall his exact words 'Well that isn't fair, why isn't it always the same price?'. Well... the ticket pricing works two ways, it allows me to get a bobble head for a dollar, but also means I have to pay extra when the phillies come into town [for those unaware Philadelphia is a about 2 hour drive to Nats park, it tends to attract Phillies Fans]. A low ticket price allows casual fans the chance to watch a game at a lower than average price ticket. It would be an interesting argument to make, that Dynamic Ticketing increases the popularity of sports, and has created an event at the ballpark instead of just the sport.