This Week in Sports

So, I've been quiet for some time, mainly because my writing skills are terrible i've been busy.[Note, 24 year old,  entrepreneur seeking editor at cost of hugs]. Over the weekend I typically watch over 5 hours of sports, and normally just complain to my friends, who somehow put up with it. So instead, I'm going to do some reviews on the series of tubes internet. I'll try to recap what happened, and as always throw in one non-sport related thing so that the five readers that actual read this thing get some diversity. 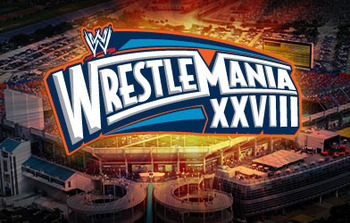 Although I had not watched wrestling since I was 12 or so, a close group of my friends are really into wrestling. One of those said friends held a gathering to watch this event. Despite it being very fake scripted, the event is still a joy to watch. I was surprised how many commercials there were considering this this was pay-per-view, but I've heard its a recession so I guess I understand. If you are really interested in seeing who won, jump to here. What I found interesting was my obsession with the statistics side of this. How long does it actually take to count to three, and I'm talking long M-I-S-S-I-S-S-I-P-P-I . I'm pretty sure I got up for tasty beverage and got back in time before the actual count was done (maybe he forgot what came after two). Another thing is, how often do they just count to one, is it just on the first pin? Also, what's the point with submissions, they are the in-side-the-park Home Run of wrestling. Everyone wants to see them, but rarely does the runner round third (lazy athletes). Moral of the story, I'd watch again, but likely not do this thing weekly, I have priorities.

Spring Training:
Most people say Spring Training does not matter, and rightfully so they have a point. I was watching the Braves play the Phillies this weekend, and considering how often these two teams play, I thought it would be an interesting outcome. If there is one thing I learned from Spring Training, its really the massive difference between minor leagues and the majors. Most losses in spring training come from a minor leaguer giving up runs.

@Football - The Saints are without a hope, the new uniforms are boring,

@Hockey - The capitals and buffalo are doing their best not to make the playoffs. Capitals could still win the Southeast.

@Soccer - When John Henry took over the team, he was concerned with the depth of the team. http://goo.gl/HoyOi , He saw it coming.

@SoccerUS - Red Bull looking strong, and what is wrong with DC United.

@Wrestling - I'm not sure if John Cena smelled what the Rock was cooking, but he surely does now.

@Notsports - When i voted this week, only two positions of the 8 had someone running. Gotta love DC voting.
Posted by Unknown at 7:54 AM 1 comment: