Weather| It is an odd Thing.

We look outside, ask siri or just guess what the weather will be each day. Rarely do we look at a year to year basis, wondering what the temperature was. I did an interesting analysis for Washington DC over the past year, and a unique look at how look at data.

Year to Year and Averages 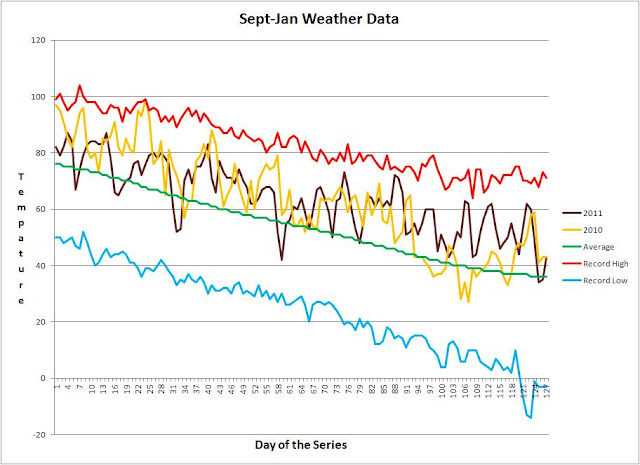 As you can see from the graph above, the past two years have been a little above average. Although we have not had a record breaking this year, although we did have one last year.

Is Weather Data Normal?
Weather needs to be normal for a lot of the analysis we use. If we want to assume that a day was record hi, or that global warming is increasing the temperature, then we need the data to be normal. 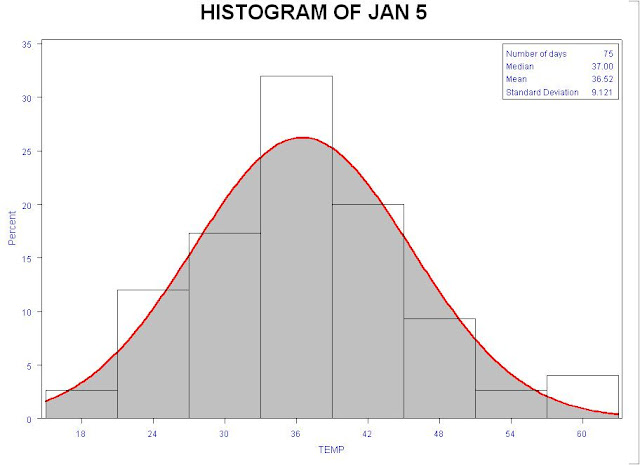 As you can see, the weather data for Jan 5 are normal. With a [nerd alert] Shapiro Wilkins p-value of .19, we  can say the data are normally distributed.

What this allows us to do, is to see if we have had any statistically significant days since 1936. We actually have!

Is the Earth Getting Warmer?
Always a debatable topic, and I'm not going to side really on it. I'll just throw some data at you. 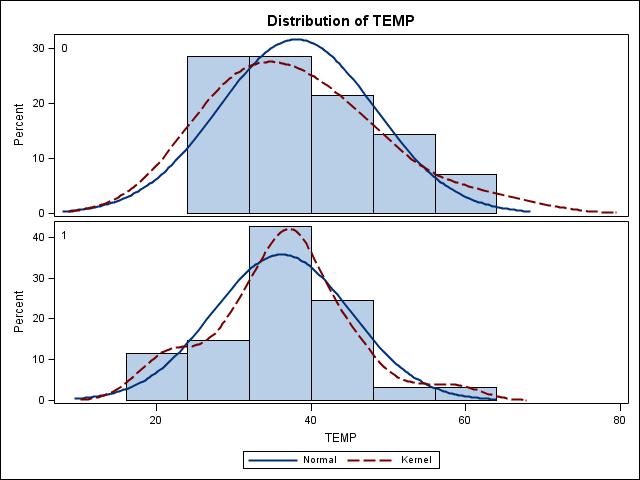 However, as we can see above, the two different years do not look that different. The p-value is a sad .486. So we can conclude that there is not a statistical difference from the temperatures before. 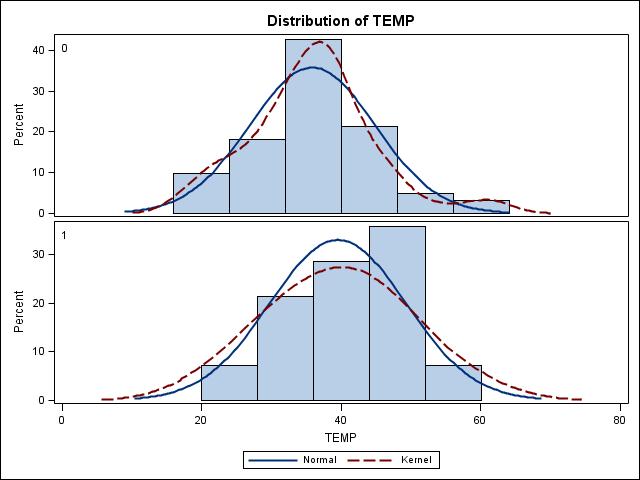 Now if we subset pre 1997 and post 1997, we get something a little more likely to differ. Here is the thing though, that P-value is not statistically significant either, its p-value is .188 . So we conclude that the temperatures in Washington DC have remained Normally around their average since 1936, and that extreme temperatures were not common.

Here is what Jan 5th has looked like since 1936 Very nice post Patchus. A lot of your terminology (except the really big words) makes sense to me now that I have taken Bus. and Econ Statistics I.

Oh just so you know, the word verification I have to enter to post this comment is "skete."

Skete Skete to you my friend.